Lord Europe is a stallion as we all like to see it. A long-legged horse with a lot of eradication, strong basic gaits and a fantastic canter with a lot of leap. He is located at the German location in Syke with our colleague and co-owner Andreas Helgstrand. This stable is run by Ulf & Eva Möller and Lord Europe is there under their training and guidance.

We expect a great future not only for the sport of Lord Europe but also for his offspring. His first offspring, born in 2020, seems very special, breed appearance, a lot of front and movement with a lot of foreleg! We have a lot of confidence in his breeding and we have no fewer than 6 sons in breeding from his first progency.

Lord Europe was one of the top dressage stallions at the Hannoverian stallion selection, the most difficult keur in Germany this year. During this highly competitive selection, Lord Europe garnered acclaim from both spectators and the jury, which selected him as a Premier stallion.

Lord Europe impressed everyone so much that he sold for 800,000 euros to three top breeders across Europe—Joop van Uytert (Netherlands), Paul Schockemoehle (Germany), and Andreas Helgstrand (Denmark).  We are excited and proud to co-own this exciting stallion. 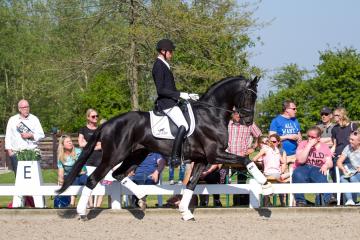 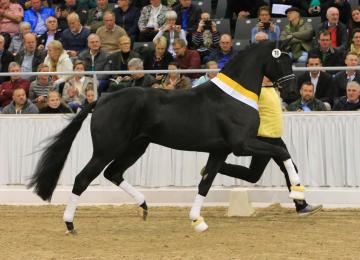 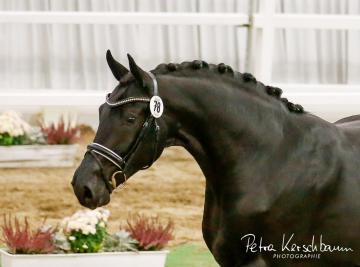 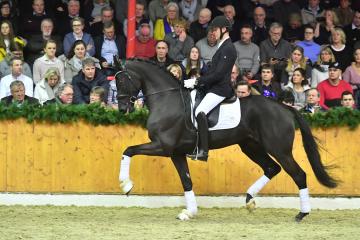 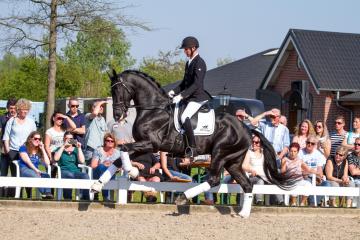