Deparon U.S.’s bloodline combines a double Donnerhall on the sire’s side with English thoroughbred on the dam side.

In 2018, Deparon U.S. has shown well with Dinja van Liere, and earned a “high” classification several times in the Subli Cup competitions. Deparon’s very striking first foals were born in 2018, after Paul Schockemoehle inseminated a few mares the previous year, resulting in a Champion foal in Lewitz/ Mecklenburg.  We are looking forward to seeing his first foals in the Netherlands!

We noticed Deparon U.S. at Verden in 2017 during the qualification for 3-year-old stallions at the Hannover Bundeschampionat. In combination with Julia Watzek he placed second, with the following

During the Bundeschampionat final, Deparon U.S. placed fourth, similar to the stallion Secret that earned an 8.5 for his trot.

Deparon U.S. has more technique than Secret, who has a more spectacular trot, in that Deparon has more ability to collect with power from his hind legs. This isn’t a surprise because his father is the Grand Prix stallion Devereaux, double-crossed with Donnerhall. 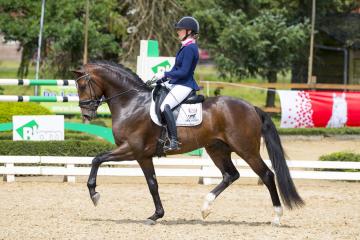 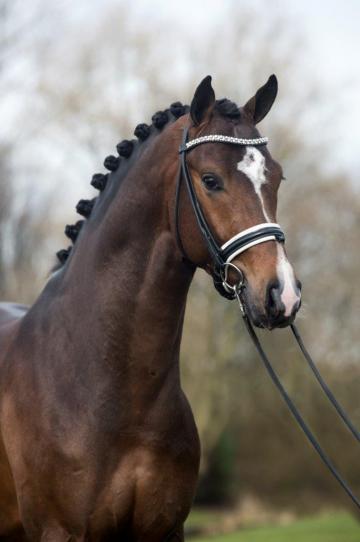 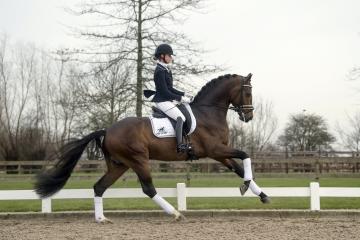 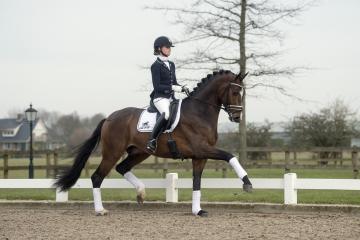 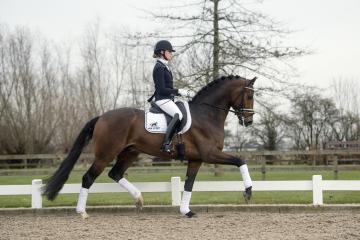