If you want to add more powerful Piaffe and Passage to your breeding, Easy Game is certainly the right partner choice. Many Easy Game offspring seem to be born with natural collection. Easy Game has moved up to Small Tour. Easy Game is very easy to put together, which he inherited from his father Gribaldi.
Easy Game also brings class and size to breeding. Just like his father Gribaldi, his offspring trot with a beautiful and natural movement. We advise using a mare with a sufficiently strong canter.

Easy Game’s son Millenium (mv. Ravel) also had produced successful young stallions in Germany. Maracana (mv. Lord Loxley I) was selected at the Westphalian inspection and sold for € 700.000.
Our stallion Hermes was approved for the KWPN stud. Delera BB is under Jessica von Bredow- Werndl, a fixture on the German Team.

His mother, the State Premium mare Evita, became a Sieger mare at the Landesschau in Rheinland.

A stallion with a lot of talent for piaffe and passage 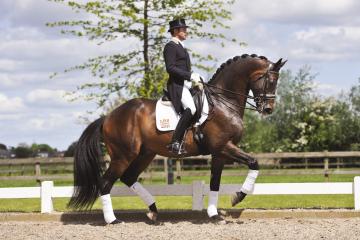 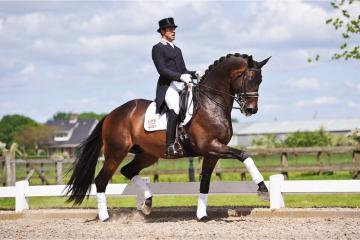 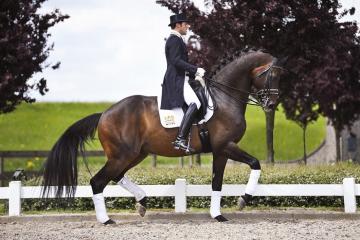 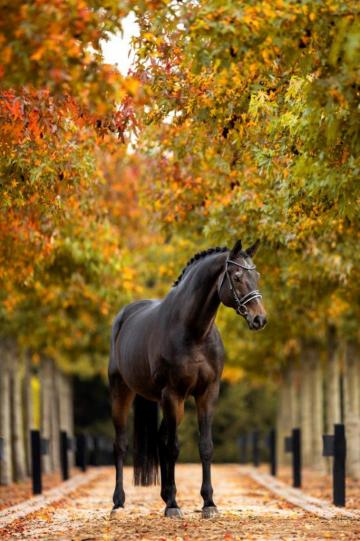 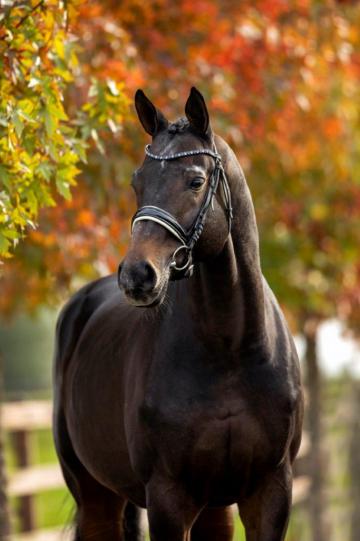