Availble with Fresh Semen from off 1th of April

Our stallion Fürst Jazz has achieved such successes under Danielle Heijkoop in recent months. Last summer he was a stud at our stud. Unfortunately we couldn't drive through him because the distance from Danielle to our Stallion Station is too far. So he started training again in mid-August. Fürst Jazz quickly picked up his training and exercises again and Danille decided to start him in ZZ-Licht in October. And with success equals a victory. See their results below;

2021/2020
Fürst Jazz has developed tremendously in the past six months. If you see the video of him with rider Daniëlle Heijkoop, then you understand what we mean. Video on this site :).
His son Flashbang (mv. Sir Donnerhall) was introduced by Franka Loos to a German jury at the Sporttest in Münster-Handorf.  The stallion of Nils Kramer from Dorsten (Ger.) received an 8.5 for the walk, a 9.0 for the trot and the canter, an 8.8 for rideability and a 9.0 for the overall impression. With this fantastic points he was the winner of the sporttest for 4-years old stallions.

2019/2020
From his first offspring in the Netherlands, are 3 of his sons offered for the first viewing in Ermelo,  which 2 were selected to the second viewing in Den Bosch. His sons Messenger (Fürst Jazz x Lord Loxley) bred by co-owner Mathijs Maat from Doorn and Flashbang (Fürst Jazz x Sir Donnerhall) bred by Clemens Renvert from Ahlen (D).

2018
Fürst Jazz developed nicely this year, showing great quality during the German sport test that he passed with 8.27 points. So much quality requires nurturing so that he can relax properly, and tension can emerge quickly, which we are getting under control with careful training.  We hope to take him to competition. He has the advantage of so much natural movement, and many positive comments have remarked on the growth of Fürst Jazz.

2017
In September, 2017 Fürst Jazz came to top rider Diederik van Silfhout, who was very enthusiastic: “as he develops such as I hope then he’ll be a real one. His talent in trot is so good that it’s almost unnatural for a 5-year old stallion.” In Zuidbroek, Fürst Jazz earned a total of 84 points and a 9.0 for his trot.

Fürst Jazz first appeared publicly at Paul Schockemoehle’ s Stallion Show. He impressed so many people that German breeders use him repeatedly. In January 2017, he became an approved Hanoverian stallion. He is well-developed and shows great talent in all three movements. Fürst Jazz could become the new stallion for German dressage horse breeding and adds strength to Dutch bloodlines.

From the legacy of Endy, the best of the Dutch dressage breeding 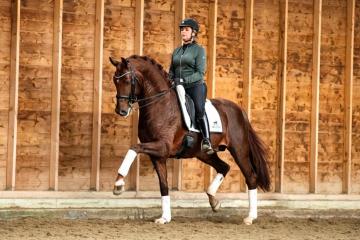 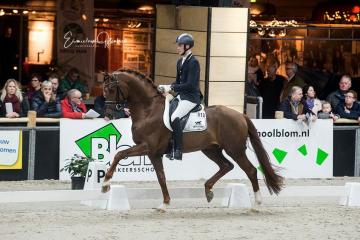 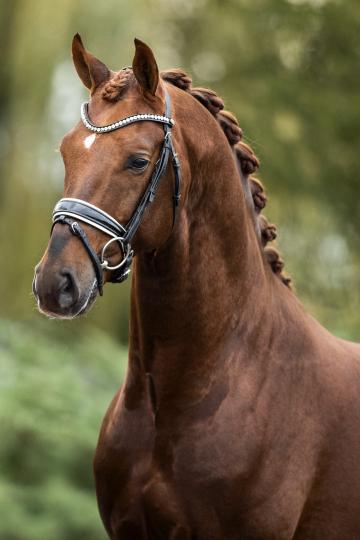 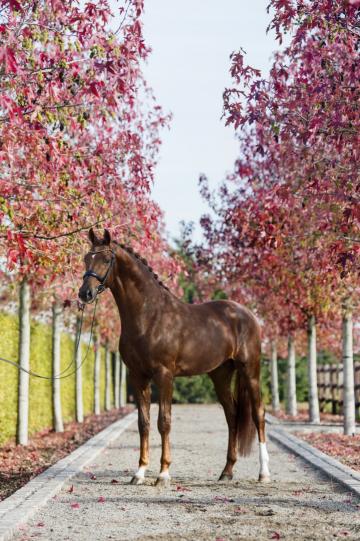