Fürst Toto has interesting breeding due to the combination of model-producing Fürstenball with the power of Totilas. In addition, he has a very strong mother line with the mare Fantastica at the base.  Fantastica is the full sister of Blue Hors Don Schufro, as well as a long line of international sport horses, top mares, and approved stallions. Our young top stallion Just Wimphof comes from this mare’s lineage as well.

Fürst Toto earned a total score of 8.46 and top placing in the 14-day test in Schliekau, 2018, due to his nice, swinging movement.  Fürst Toto offers impressive size, appearance, three very good gaits, and a fantastic pedigree.

His sire Fürstenball from the beginning put his stamp on dressage breeding. Dam sire Totilas, the living legend, reached spectacular heights under Edward Gal, as World Champion and World record holder. Totilas gave dressage a new dimension. At the 2019, KWPN stallion inspection, the audience responded to Totilas’ return to the Netherlands with deep, heart-felt emotion. 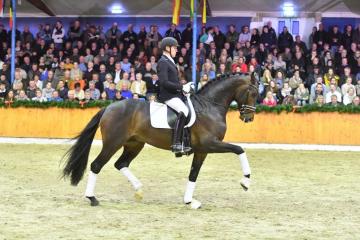 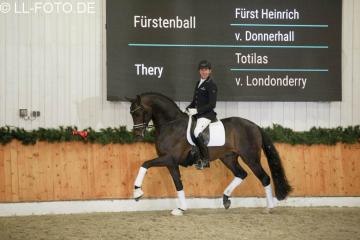