Ferdeaux returned to Heerewaarden in 2020. Renate rehabilitated him after an injury, and she now hopes to begin showing Ferdeaux on the Small Tour this year, in addition to training and showing her young stallions.  We hope that this wonderful combination, seen in photos and videos, leads to a great future.

Ferdeaux' offspring started making a name for themselves in 2020, with several winners in IBOP winners and young horse competitions. Dressage people are talking about how well Ferdeaux offspring develop as they get older, with their strong canters and talent for collection.

2019
What a strong beginning of 2019 for our young top stallion Ferdeaux and his father Bordeaux. Ferdeaux produced three sons selected for the KWPN Performance test.

2018
The offspring from Ferdeaux have stood out throughout the year. During the young horse classes, IBOP and mare tests, Pavo Cup and KWPN Stallion Competition. The year ended very successfully at the KWPN pre-selection with five designated sons for the Stallion Inspection in Den Bosch.

A super breeding year for Ferdeaux: 2 sons KWPN approved, Jerveaux and Jarville. In addition, mare Jindy National became 6th in the Koninginnenrubriek of the 3-year-old mares.

Ferdeaux made a very good impression with his sons during the first viewing of the KWPN Stallion Show. Of the nine Ferdeaux sons, no fewer than five were invited to the 2nd viewing in Den Bosch. Ferdeaux seems to be strongly inherited and with his sons the canter was almost without exception a strong point. Our stallion Jackpot (mv. Metall) is a real eye-catcher. 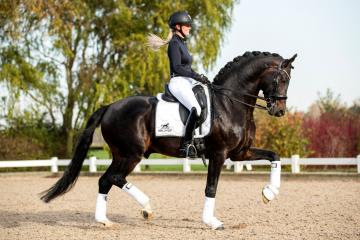 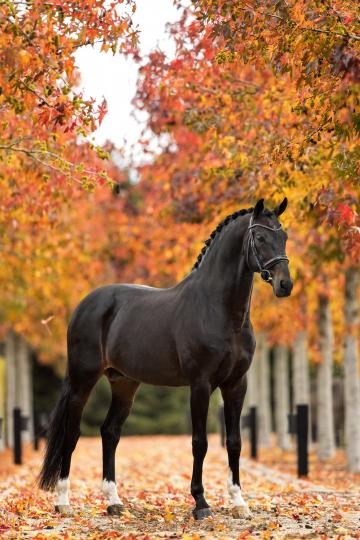 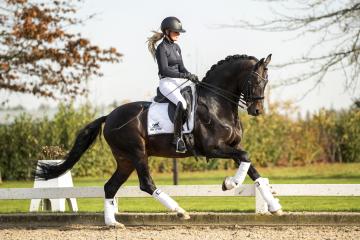 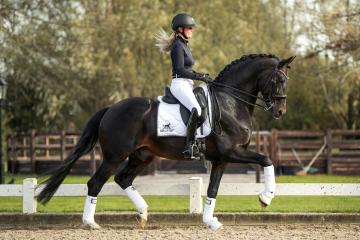 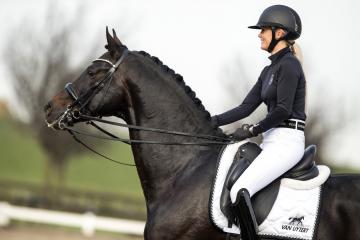