Recently we had a lot of questions whether Geniaal was for sale. Andreas immediately reported to us after the victory of the VHO Trophy. After consultation with co-owner Jan Lamers, the sale was completed the same evening at the KWPN Stallion Show. A week later he was fully inspected at DAP Bodegraven and after that he was delivered at Helgstrand Dressage. It is planned that his son Alexander Yde will ride him. Genaal is a fantastic riding stallion with a very good attitude and Dinja van Liere has won a lot with him in the last 2 years. Highlights were certainly Silver at the National Champons Small Tour and winning the VHO Trophy. Geniaal was bred by Fam. from Traa from Maren Kessel.

We wish Helgstrand Dressage a lot of success and a very bright future with Geniaal.

Many have commented positively about this beautifully built and powerfully moving stallion. He breeds very strong foals with positive attitudes similar to his sire Vivaldi, as well as high withers and great canters. In his first group of foals, Geniaal produced the foal champion of the Netherlands.

Ocky has produced five offspring that compete at Z level or higher.  Great grandmother Vicky (x Abgar XX) carries Keur, Pref., and Presentation predicates and has produced with Joost a LT dressage horse, a Z- dressage horse, a 1.30 jumping horse. After that comes Mickey, a keur mare of Ideaal and the keur preferent Ilithyia, a daughter of Antonio X Wachtmeester. 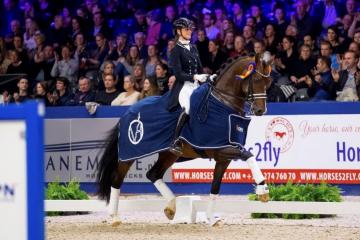 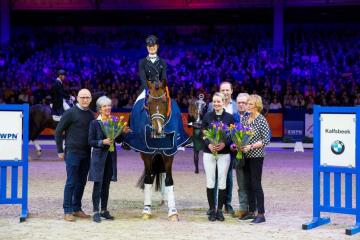 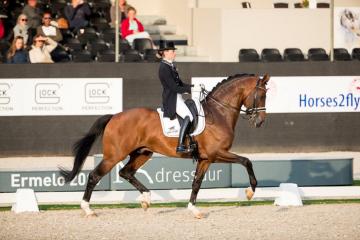 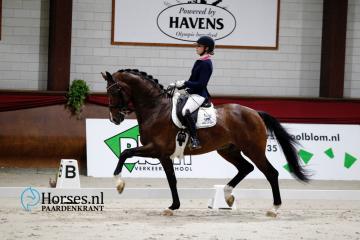