Breeding value Impression 169 based on pedigree and own performance

Silver at the Dutch ZZ-Championship in Ermelo

2019 On 27 March 2019 Diederik van Silfhout and our stallion ride to top scores of 72.9% and 72.4%. It was a dream debut for our Don Schufro son, who left the competition far behind in both tests. The only six-year-old Impression was almost 10% ahead of the competition in the second test. To quote his rider, Diederik van Slifhout:  "That makes us happy", his rider reacts enthusiastically.

The 6-year-old Impression had a winning debut in the ZZ- Licht dressage level with two scores of 73.5% on January 18, 2019. To quote his rider, Diederik van Slifhout: “what a nice horse and an amazing attitude”.

Impression has a unique bloodline. His father Don Schufro, grandfather Ferro, and great-grandfather Florestan I are all ranked in the Top 10 (2015/2016) of the World Breeding Federation for Sport Horses (WBFSH). Don Schufro also sired the German Dressage phenomenon Weihegold that won Team Gold in the Olympics with Isabel Werth.

Ferro also competed in the 2000 Olympics in Sydney with Coby van Baalen and won the Silver Team Medal for the Netherlands. Florestan I sired World Cup winner Glock’s Flirt with Hans Peter Minderhoud in 2016.  The fourth top stallion in Impression’s bloodline is Romancier, who has put his mark on German and Danish breeding.

In our view, Impression suits a mare with nice front leg that is also a little compact and could be improved in the back leg. From birth, Impression has shown a lot of hind leg action and length in his body features that he can pass on to his offspring.  Impression has the power for a potential future Grand Prix horse. 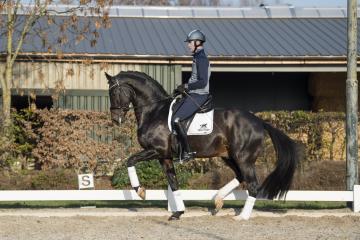 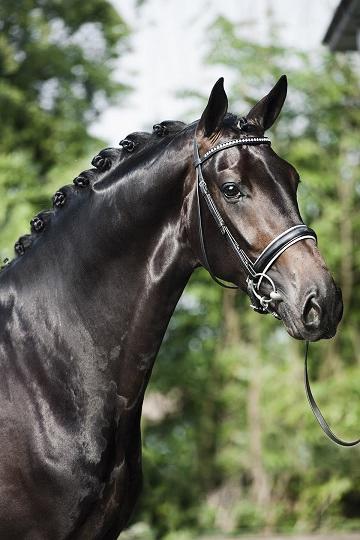 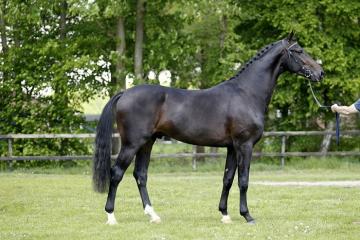 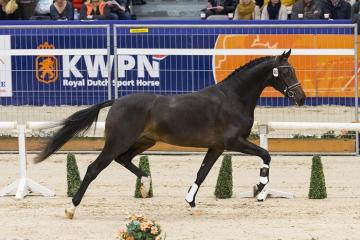 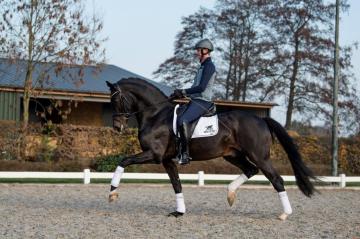