What great successes for In Style and Renate van Uytert van Vliet.

Despite a limited number of competitions, In Style and Renate developed even more together. During the N.K., In Style and Renate showed a beautiful test with great charisma in the ZZ-Zwaar final. Their Freestyle score of 77.042% earned them 3rd place, and they were awarded 4th place in the final standings. In Style was also selected for the World Cup for young Dressage horses, this time with the 7 year-olds, for the third year in a row.

2019 The successes continue for Renate and In Style

Renate van Uytert- van Vliet said: “In Style only has good points in working with him and in riding. He is just a dream horse. He learns really fast and overall you only need little effort to train him.  He is such a joy to ride every time”.

In Style is a combination of the best Holstein Grand Prix competition bloodlines and proven Dutch lineage. His father Eye Catcher, won bronze in 2014 and 2015 with Kristen Brouwer in the World Championship Verden. Eye Catcher is out of the excellent Preferent stallion Vivaldi x TCN Partout the Trakehner Grand Prix stallion, who has been ridden by Anky van Grunsven.

In Style foals presented a uniform development, appealing exteriors, and long legs. The foals are shaped in a rectangle model and have a well- shaped front, of which the neck shape stands out positively.

The foal group is correctly built. The foundation is correct and exceeds quality. The walk is more than sufficient with flexibility.  The trot is powerful with good stride length, as well as a lot of flexibility and balance. The foals canter easily with powerful, ground-covering strides, a lot of flexibility, and more than enough balance. Several of the foals showed a very good hind leg. 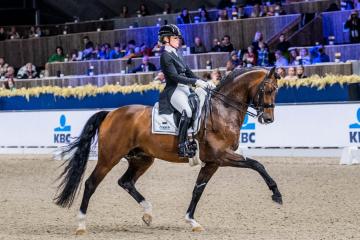 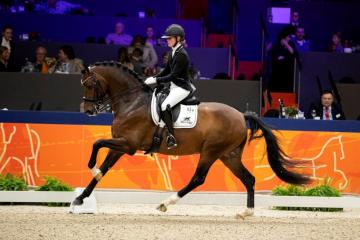 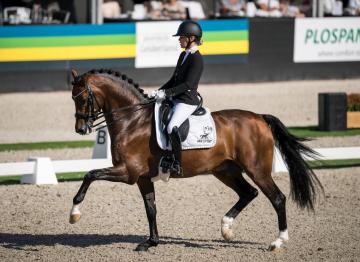 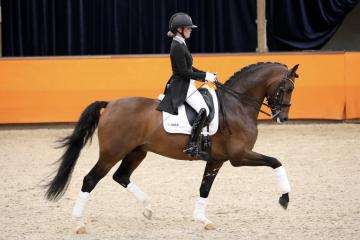 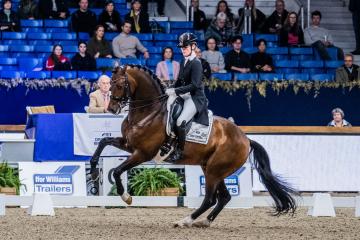