A king among the dressage stallions

In 2023, Vivaldi will only be available fresh at our station. The mare must therefore be stabled with us.

To achieve the best possible fertilization, we collect the stallion between 11:00 and 12:00 in the morning as soon as breeders have arrived to pick the semen up. In this way the breeder would have enough time to check the mare once again in the morning to ensure that ovulation would take place shorlty and then order the semen. This means that insemination would be only needed once and both and mareowner and we, as station, have done everything in best possible way to get the mare in foal!
The breeders deciding to use Vivaldi on these conditions would get a discount of €500,- on his stud fee.

2020
Joop van Uytert and Ad Valk recently bought back the part of the ownership of Vivaldi out of hands of Ton Kies. And not long after the opportunity has arised to make a deal with Blue Hors by leasing Vivaldi as stud stallion. The Danish station is very happy that they have been able to have the top sire in their stables available for stud duties for Danish breeders.
“We are very happy that we have succeeded in hiring an internationally sought after top sire”, says Martin Klavsen, breeding chief at Blue Hors Stud. With Vivaldi, Blue Hors has an international top sire back in their stables after Blue Hors's flagship Don Schufro passed away in January this year. Vivaldi is 9th in the WBFSH ranking and 18th in the HorseTelex Results Ranking.

2018 was another banner year for Vivaldi, who has fathered nine Grand Prix horses to date including Dream Boy, the World Cup winner at Mechelen.  At the Stallion Show in Hannover, Vivaldi’s sons and grandsons did unbelievably well.  Four sons were approved for the Hannover studbook. His son, Vivino, sold for more than € 2.0MM.

Vivaldi offspring stand out at foal, mare, or stallion inspections. In 2017 the KWPN recognized his sons Vitalis and Cennin. In 2018 the Small Tour and Grand Prix classes in the Netherlands were dominated by Vivaldi offspring, such as Cennin, Dream Boy, Desperado, Expression, Eye Catcher, Chinook, President's First Apple, Fantastique, and Colt Sollenburg.

Vivaldi descendants are reliable and willing to work. The first Gold medal for Team NL during the FEI World Equestrian Games, Tryon 2018 was won by Sanne Vos with the Vivaldi descendant Demantur NOP in the para-dressage individual Grade IV test. 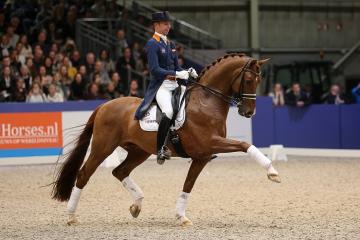 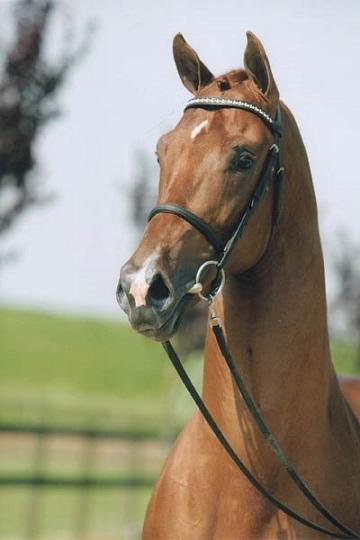 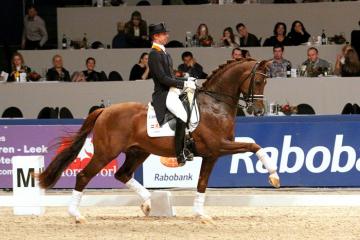 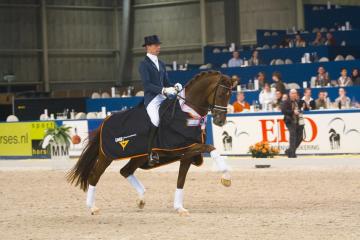 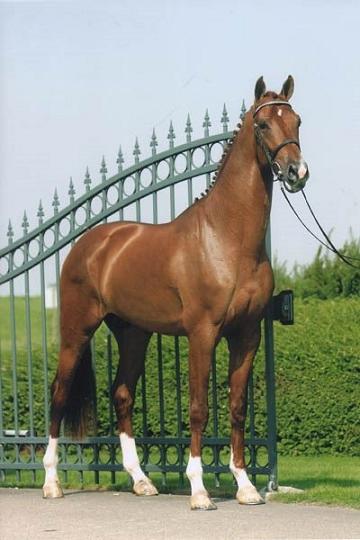